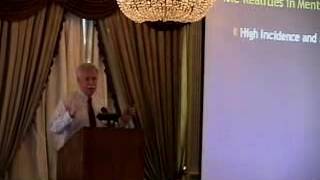 Hogan chaired the President’s New Freedom Commission on Mental Health in 2002-03 and was appointed in 2007 to serve on the Board of the Joint Commission on Accreditation of Healthcare Organizations (JCAHO), representing the behavioral health field. He served from 1994 to 1998 on the National Advisory Mental Health Council and as President of the National Association of State Mental Health Program Directors from 2003 to 2005. He has co-authored a book and several national reports and written over 50 journal articles or book chapters.