Rethinking Psychiatric Care: If We Follow the Scientific Evidence, What Must We Do To Better Promote Long-term Recovery?

During the past 20 years, the number of adults in the United States on federal disability rolls due to mental illness has more than tripled, rising from 1.25 million people in 1987 to more than four million in 2007. The number of children receiving a federal disability check due to severe mental illness increased 35-fold during this period, rising from 16,200 to 561,569.

This disability data necessarily begs a question, one that our society desperately needs to investigate. Could our drug-based paradigm of care, in some unforeseen way, be fueling this epidemic of disabling illness? What does the scientific literature show? Do psychiatric medications improve or worsen long-term outcomes? Does their use decrease or increase the risk of long-term disability? And what is happening to children prescribed psychiatric medications over the long-term? Are they faring well?

The disability numbers also tell us that we need to look to develop new solutions. In Europe, there are providers of psychiatric services that have begun using psychiatric medications in a selective, limited manner and are now reporting very good outcomes. How can we adopt these methods here? 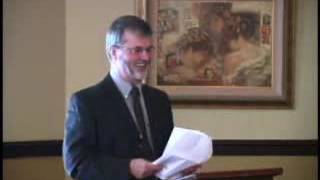 Robert Whitaker is the author of four books. His first, Mad in America: Bad Science, Bad Medicine and the Enduring Mistreatment of the Mentally Ill was named by Discover magazine as one of the best science books of 2002, while the American Library Association named it one of the best history books of that year. His second, The Mapmaker’s Wife: A True Tale of Love, Murder and Survival in the Amazon, was named by the American Library Association as one of the best biographies of 2004. It was translated into eight foreign languages. In 2008, Crown published On the Laps of Gods: The Red Summer of 1919 and the Struggle for Justice that Remade a Nation, which the San Francisco Chronicle selected as one of the best 50 non-fiction books of that year. On the Laps of Gods was also awarded the Anthony J. Lukas work-in-progress prize. His newest book, Anatomy of an Epidemic: Magic Bullets, Psychiatric Drugs and the Astonishing Rise of Mental Illness in America, will be published by Crown in the spring of 2010.

Prior to writing books, Robert Whitaker worked as the science and medical reporter at the Albany Times Union newspaper in New York for a number of years. His journalism articles won several national awards, including a George Polk award for medical writing and a National Association of Science Writers’ award for best magazine article. A series he co-wrote for The Boston Globe was named a finalist for the Pulitzer Prize in 1998.